EDIT: This post reflects Index point values. To read about the updated point values found in the Codex, read here.

Welcome back! Last time we revisited the Tau Commanders and their loadouts in order to determine loadout point efficiency. This time we will review the Tau HQ slot choices for both the GW and FW rules sets. As usual, we will focus on the quantitative and mathematical advantages inherent to each selection. An excellent complement to this analysis is Tommy’s Tau Role Review, which focuses much more on tabletop-focused pros and cons – check it out!

Tau have a lot of viable HQ choices this edition. There are two main roles in our HQ choices – those whose focus is on directly killing things and those that enhance other units. We will discuss all HQ choices, but the easiest method by which we can compare them all would be to look at their measure of lethality, which we have done several times before. However, for those HQ choices whose role is more complementary, they will naturally be lacking in the lethality department. For that reason, I have categorized the HQ choices into two categories: 1) synergistic HQ’s and 2) combat HQ’s. There are some choices that, arguably, have some overlap into both categories, but we will try and stick to direct comparisons within each category, only deviating when appropriate. For the Synergistic HQ choices, their benefits aren’t quantified by the previous analysis methods we discussed, so their benefits will be discussed, rather than analyzed.

Ethereal’s are now takable due to the fact that they no longer give a Victory Point when killed. Of their four invocations, the one you will probably see the most is the Sense of Stone which confers a six up feel no pain. This is most beneficial when you have a large number of infantry or battlesuits. You can expect to save two out of the full twelve-man unit of Firewarriors, but could also try fun things like placing an ethereal near Crisis Bodyguards, who would in turn both try and tank wounds for Longstrike. Ethereals have their place but are by no means an auto-take HQ choice.

The ethereal that never heard no to get into close combat, Aun’shi feels more like a gimmick than a real choice. He’s just good enough at close combat to warrant a solid look at but due to the face that he’s in an army focused around shooting, it seems hard to get the most out of him. He can choose a “stance” that either gives him a bonus to AP or to his invuln save. If you just need something to clean up some GEQ’s that have wandered too far from home, he might be takable, but only in fluff and friendly games.

Everyone’s favorite Space Pope makes a return in 8th edition, regardless of any mortality challenges he may face. If you’re taking an ethereal, you probably have a lot of infantry. If you have a lot of infantry, why take one ethereal, when you can take Aun’Va? He’s the cost of one and a half ethereals but gets to use two invocations at once, plus all Tau units get to reroll failed morale rolls – board-wide. He’s more cost effective than two separate ethereals and flat out better in other areas, assuming you can group your infantry enough in one area to take advantage of his six inch invocation radius. 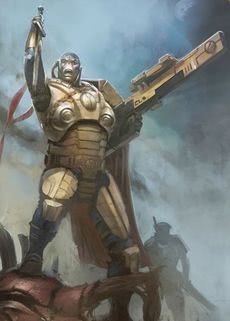 The guy who literally brings a knife to a gunfight, the Cadre Fireblade will see a lot of use in lists that run a lot of firewarriors and gun drones, due to his ability that gives specific pulse weapons a extra shot when at half range. This ability turns Pulse Rifle Fire Warriors into a a very efficient unit and gun drones into cups – cups to catch the waterfalls of tears from your opponents. Hyperbole aside, the Cadre Fireblade is an excellent example of a force multiplier that Tau in 8th are build around. Plus, he has a BS2+ markerlight that is very useful for starting markerlight chains. 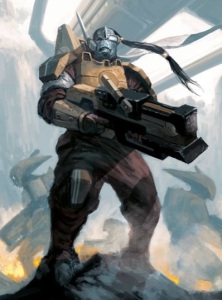 Darkstrider brings some unique things to the table, like his ability to reduce an enemy’s toughness by one for a shooting attack and his ability to let infantry without the Fly keyword fall back and shoot. He makes a good HQ choice to support a skirmish force or pathfinders or breachers and has his own BS2+ markerlight like the Cadre Fireblade.

We have already spent some time looking fairly in-depth specifically at Commanders and Coldstar Commanders. Catch the recap here for lethality and here for efficiency. Before we get into the details for the rest of the choices, let’s get our assumptions out of the way: 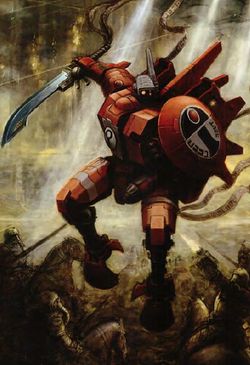 I’ve taken the liberty of only showing the most-relevant columns (rationale here), GEQ PPW, MEQ PPW, and Tank PPD. With just one loadout to look at, Farsight is fairly straightforward. The above assumes he makes use of both of his weapons, ranged and melee, which may not always be possible. Still, his numbers, in the 30’s for GEQ PPW, 40’s for MEQ PPW, and 50’s for Tank PPD are respectable and somewhat in line with the better choices we’ve looked at already.

There is more to Farsight (and pretty much all HQ choices) than his raw damage output – most notably his twice-use Commander ability Mont’ka. As is pretty much the case across the board with Tau, getting the most out of your units will require taking advantage of as much potential for synergy as possible. While I can’t speak for the claim that Farsight is the best HQ choice Tau has, his numbers and the potential tactics surrounding using using Mont’ka twice, definitely make me want to playtest him in the near future. 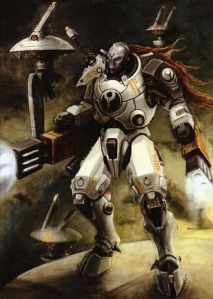 Also with just one loadout, Shadowsun works out to be an interesting choice. She brings less efficiency herself, but with the ability to reroll failed hits to units within 6″ of her twice a game, potential is definitely there. Plus, she’s harder to hit (-1 to hit) and might make a good warlord because of it, but T4 versus other Commander’s T5 are a bit worrisome for me personally. It feels to me, that in order to realize her maximum efficiency, she needs to play a roll similar to a Buffmander in 7th, where she is the center of and maximizes other unit’s firepower rather than being the source of the firepower.

Longstrike is the first HQ choice we are looking at that has multiple loadouts. Due to the fact that both drones shoot each of their four shots (eight shots in total) using his BS2+ while embarked, the drone option is the most efficient. While their 18″ is certainly realistic to use some of the time, it’s probably not often that you’ll be in range ever turn. A more realistic option for the secondary weapon is the SMS as it has the bonus of ignoring any cover saves that your target may have.

It’s no surprise that the Railgun is better at dealing damage to Tanks, but it’s nice to keep in mind that an overcharged Ion Cannon is a relatively close second and is also better at dealing with GEQ and MEQ hoards than the submunition variant of the railgun. Longstrike is a versatile platform that is most efficient when accompanied by multiple other Hammerheads due to his ability to buff their hit percentage. 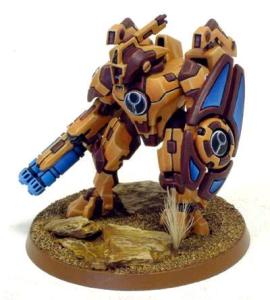 Shas’o R’myr stats assume he is in range to use both weapons, which is not reasonable at all due to his miniaturized flechette pod’s range of 6″. That being said, if and when you can be in range to use his flechette pod, you’re in range to assault and for Shas’o R’myr that’s a decent option. When he has the opportunity to shoot with both weapons and then assault though, he has the opportunity to be one of the most point-effective units we’ve looked at so far. And with the FAQ that improves his shield generator, Shas’o R’myr seems like a real viable choice.

Coming equipped with his ++4/++3 (from greater than 12 inches away) shield generator, drones controller, and a whopping eight wounds, Shas’o R’ailai seems to make for a decent back/mid-line commander. He would make a great warlord and center of your swarm of markerlight drones, but won’t bring a ton of his own firepower. The way his rules read, it seems like he should be a dedicated character killer, but yet it’s clear he has nothing that lets him target characters unless their the nearest visible enemy unit. This could be an oversight to his rules, and would allow for some very fun character sniping, but for now leaves his role singular, as the back/mid-line drone booster.

The XV81 suit Commander is a commander with two slots who also has to take an Smart missile system (SMS). It has the same base cost as the regular but none of the other commander variants have access to the SMS, which is a nice weapon to have. When it comes down to it though, the XV81 Commander doesn’t offer anything flashy or different than the standard Commander apart from the SMS, so there’s not a whole lot to discuss.

The XV84 Commander is essentially a Commander with just two slots and one caveat: when it hits with its weapons, a markerlight is applied to the target. Since we know we can roll one die at a time for shooting, I’m of the mindset that you could, for instance, roll each of your six CIB shots (for a 2xCIB-weilding Commander) until you got one hit (not hard with the BS2+, and then that marker light would immediately benefit the remaining shots. Plus the marker light would benefit any other units shooting at the marked target, of course. To me, it seems less than ideal to have the marker light AFTER shooting. I’d rather have dedicated units for shooting and markerlights rather than a mixed bag of both. 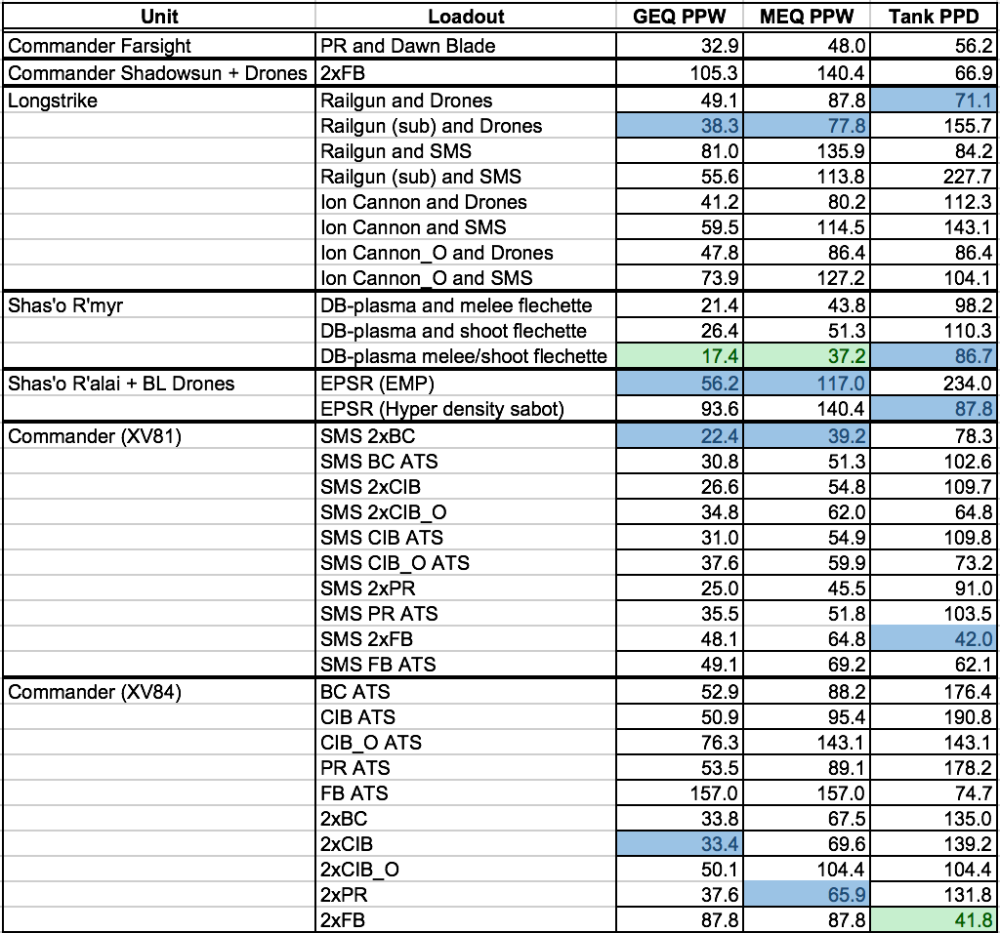 So how do all these stack up? If you have the skill, luck, and fortitude to go balls to the wall with Shas’o R’myr, you’ll get a very good point efficient unit. While the XV81 Commander isn’t as efficient as the standard Commander, it’s still not a bad choice if you feel the need for an extra SMS. Farsight slices and dices most infantry and if you can take advantage of two Mont’ka’s then he seems to be an efficient HQ choice. Longstrike is ok on his own but good when surrounded by multiple hammerhead’s. Shadowsun is middling at best on her own, but could be good when you take advantage of her two Kauyon’s. Shas’o R’alai makes a decent babysitter for drones now and with a rule tweak would make for a fun choice. I wouldn’t advocate taking an XV84 Commander over other Commanders.

Next time we will bring you the second installment in the series analyzing the choices available for each battle role.

If you like what you’re reading, please consider following on twitter or via email in the sidebar to your right. If you have specific questions that you’d like us to address here, about Tau or other armies’ units, fill out the form below. Thanks for all the feedback and help in making sure my math is accurate and honest.